Asset securitisation was at the heart of the financial crisis but most losses were due to just one sector, in one country – US sub-prime mortgages. Elsewhere, securitisation continued its roles in providing an alternative funding source for issuers and a menu of risk/return for investors – from AAA that performs as AAA to ‘Equity’ – across an ever-widening range of asset types. This course explains how securitisation is done, why it is done – from issuers’ and investors’ perspectives, the various risks involved, how – and to what extent – they are mitigated. It incorporates case studies from each of the major asset sectors – residential mortgages, auto loans, CLOs, commercial MBS, etc. 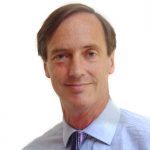 Michael began his financial markets career in 1986 on the Financial Engineering desk at Yamaichi International, then one of the so-called ‘Big Four’ Japanese securities houses. The desk was mainly responsible for designing, structuring and swapping vanilla and structured bond issues for European clients. He then moved to a coverage role, predominantly in the UK and Eire, with responsibility for some of the more technically demanding clients, including the Bank of England and the European Investment Bank. He greatly expanded the volume of deals done, including a government, major banks, building societies and corporates. The role also involved working on UK privatisations and with the bank and fund management arm. In 1994 he moved to Kleinwort Benson with responsibility for debt, convertible and tax-structured origination with a number of top UK companies and helped launch an FRN.

He has been training across a wide spectrum of cash instruments, derivatives, commodities and in risk management and regulation since 1999, at up to senior management level globally, his clients comprising mainly the top tier investment banks and fund managers, and is the author of a textbook on credit derivatives (Credit Derivatives Workbook, Euromoney, 2004).

He is an Associate with Moody’s

The seminar is of relevance to both originators and investors in asset-backed securities:

If you would like to discuss bringing this or another topic to your organization on an in-house basis please call us at 22274470 or email us at [email protected].

Our E-Learning Platform is ever-expanding with new titles being launched constantly. Please visit us at eimf.matrixlms.com