Many theoretical building blocks underpinning the history of Portfolio Management have been sorely tested in recent years. Are Markets ’Efficient’? Do we live in a statistically ‘Normal’ world? What happened to ‘Risk Free Rates of Return’? These important issues will be addressed, from a practical perspective, to understand how today’s Managers deal with such challenges.

Purpose of the Seminar

Understanding how Portfolio Managers navigate the Financial Markets is key to this programme. The management of Investor expectation is as important as the management of their funds.

Participants can expect to take away the following –

If you need help completing the online registration form, please give us a call at 2227 4470 or email us at info@eimf.eu

Our E-Learning Platform is ever-expanding with new titles being launched constantly. Please visit us at eimf.matrixlms.com 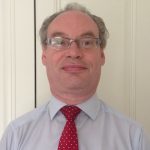 In 1994 Paul moved into the Private Client arena, as part of the Investment Unit of Lloyds Private Banking & over a two year period diversified away from an exclusive analytical/Fund Management role to incorporate an extensive presentational package on the Bank’s investment strategy delivered ‘on the road’ to its network of offices around the country. In 1996 Paul took the opportunity offered by the Bermuda-domiciled Bank of Butterfield to head up the global Equity research effort in London in support of the Bank’s (offshore) private client base. While his freelance financial training commitments grew, Paul had a spell with an international high-risk security company analysing the operations of quoted oil & mining corporates worldwide. In 2000 Paul moved into full time training with DC Gardner, the in-house tailored training arm of Euromoney Institutional Investor, specialising in Fund Management, Equity Markets, Private Banking & Hedge Funds.