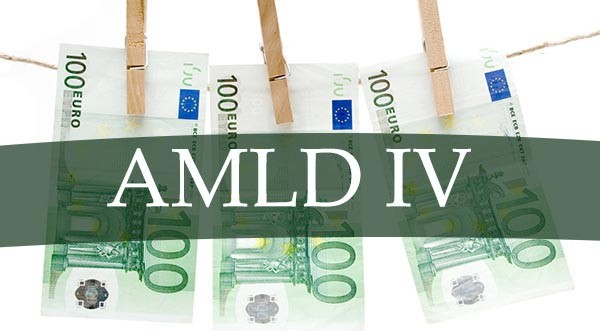 The EU has developed since many years an AML framework, with the submission of relevant directives. These directives have been transposed to national legislation in the member States. Currently the 3rd AML Directive is in place (2006/70/EEC).

However, and despite the substantial progress made, flows of illegal funds still exist and harm the integrity of financial markets. Money laundering, terrorist financing and organized crime are significant problems that have to be dealt at Union level.

The freedom of capital movement, the freedom to supply services and the technological achievements (mainly the evolution of internet), while they are all positive and welcome are unfortunately exploited by outlaws. Additionally, the threats are becoming international and expand beyond the borders of specific countries.

That means that efforts at national level are not enough anymore and international coordination at EU level is needed.  For these reasons, the EU deemed appropriate to proceed to an amendment of the 3rd Directive in order to strengthen the AML practices. So the 4th AML Directive was born last year and will come into effect in 2017.

The main purpose of this 4th AML Directive is to strengthen the EU anti-money laundering equipment and align the rules in the Union with the FATF recommendations. The new directive applies to a number of entities that were not subject to the provisions of the 3rd Directive, such as lawyers, accountants, etc. It also extends to services like trading of goods. In general terms the new directive remains in the same line as the 3rd one (currently in place), but enlarges its scope to incorporate the latest FATF recommendations.

There have been amendments and changes in the following six areas:

Let’s have a closer look in these areas where changes are about to occur, before getting into the details of the Directive.

Introduction of the concept of the Risk Based Approach

The Directive foresees that member states should conduct risk assessments at country level. They should identify the major compliance risks in their territory. The results of this analysis should be made available to the supervised entities, so that they better understand how to identify, manage and mitigate their risks.

At the same time the Commission will conduct the same analysis at the entire EU level. This analysis will be reviewed every two years in order to support member states to better tackle AML challenges.

In the 3rd AML directive there was an automatic entitlement for simplified due diligence (SDD) for a number of entities (for example listed banks, etc.). When supervised entities had such a client, they could apply SDD without any other condition.

Now things will be different. The various entities will need to judge and determine the level of risk that a client creates, prior to applying SDD and it should be able to prove the rationale for this decision.

Regarding the book keeping requirements, the 5-year retention obligation is maintained, but the new directive specifically mentions that any personal data should be deleted, unless otherwise required by national law, or there are money laundering suspicions.

The obliged entities will be asked to identify the controlling owner (holding > 25%) of a business and record this information to a specific registry. If no such owner is identified a senior manager will need to be identified. Additionally the 4th directive forbids the issuance of bearer shares and gives entities nine months to turn them to register.

The new directive broadens PEP definition and details the way the Enhanced Due Diligence (EDD) should be carried out. There is a differentiation between a domestic and foreign PEP. A domestic PEP is one entrusted with a high profile public provision within the EU, while a foreign one outside the EU. When someone stops being a PEP, obliged entities should for the subsequent 12 months should continue considering that the same level of risk is created.

The supervised entities should make sure that they are able to identify PEPs and apply the relevant EDD. Additionally, they may consider different risk treatment for the domestic PEPs that are also coming from the country where the entity is based.

Supervised entities should update their procedures to catch the new requirements for beneficial ownership, PEPs, Enhanced Due Diligence, etc. On top of that they should clarify their risk appetite towards PEPs from their territory, but also the ones outside EU.

The 4th directive sets out a framework for minimum penalties, regarding breaches in the areas of due diligence, suspicious transactions reporting, bookkeeping, controls, etc.

These penalties include public reprimand, deprivation of performing an activity, authorization suspension and fines equal to the double of the amount earned or at least 1 million. Regarding banks the 3rd directive did not specify and define penalties. The new directive sets out a maximum of 10% of the annual turnover, or 5 million.

The new directive is also applied to traders of goods that make or receive payments in excess of 10,000.

The 4th AML directive although it does not dramatically change the scene it brings certain improvements compared to the 3rd one.  Member states should transpose it to national law by June 26, 2017.